Here we have Joey, who came by for a tickle session. She warned that she is crazy ticklish and be loud. She was so loud that I had to make sure she got more breaks than usual. She was going so crazy and so loud that I thought we were going to get kicked out of the hotel. I was so nervous and hoping no one would call the cops. You would've thought a was taking place. She even called out a safeword that was never given to her, but that had to be respected. Joey is so ticklish that its unbelievable. Enjoy this clips of the extremely ticklish Joey.

Joey was just tickled face down and it was insane. She was screaming and on the verge of tears. Joey is back for another insane tickle session but this time face up. Once again she is screaming and going insane. Joey thrashes so much that she actually breaks one of her arms out of the restraints and she has to be held down. Joey is ticklish all over from head to toe and she is pushed to her tickle limits in this awesome tickle clip.

TheTickleRoom – Joey Topless Soles JUST GET IT OVER WITH Interview included Here we have the Final video of the Joey shoot. Now I am not a huge fan of tickling her simply because she screams no matter how you tickle her. She is an intense screamer with occasional laughing. Now in this clip we have her in the hold the rope series BUT we decide she cannot PHYSICALLY handle that so we make it Nylons to Bare FEET ONLY. So I start with feet in nylons getting immediate screams and the occasional her pulling away. However things change when I rip the nylons and ask her how she is doing. She rudely explains "Does it look like I wanna fucking be here? Lets get it over with". So I laugh and crack my knuckles. If there is one thing I can say about Joey its that her feet are FUCKING SEXY. Hands down well kept and one of the hottest pair I have seen. So I rip the nylons and go for broke. My hands are like lightning as she screams and wiggles her feet in protest. SHE LOVES TO CRUNCH HER TOES and that is my FAVORITE part of tickling. So we leave it to that and she is SPENT at the end of it all. We then ask her a bunch of questions to REALLY get to know her and see overall how we did compared to other studios. We thrive on being more real and testing models even the occasional fetish girl. To our surprise we actually found her worst spot which is under her toes, a special spot I tend to focus (for all you new ticklers out there its a hot spot for girls with sensitive feet). But overall she said she would never do it again…..yet she told me she would let me know when she is around again lol. So ya theres that 😉 tell me what you guys think!

Download – Joey Topless Soles JUST GET IT OVER WITH Interview included 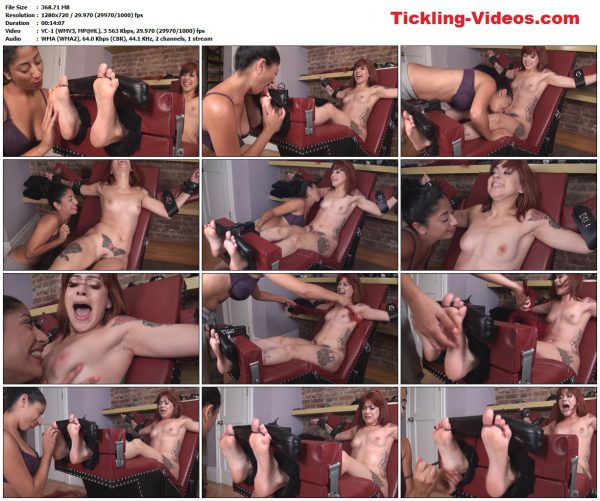 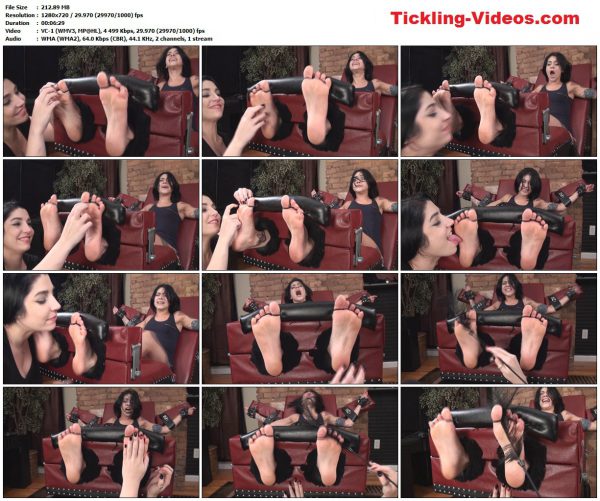 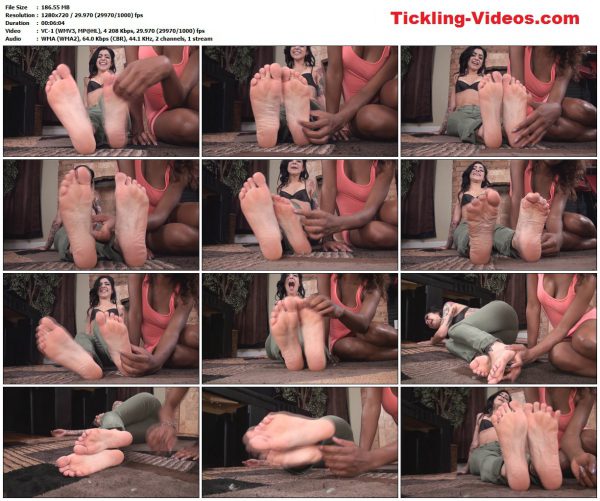 TickleAbuse – Tickling Can Be Cruel 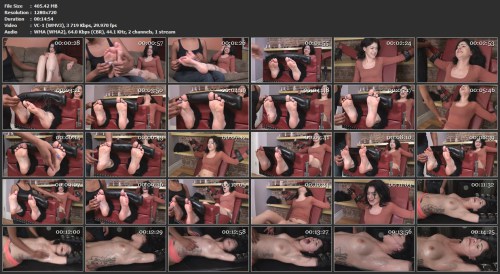 Joey is simply the most ticklish woman I have ever met. She is deathly afraid of being tickled, not sure why she showed up here! The video starts off with a little interview and a tickle test. Just from the test we know there is no way Joey is going to be able to take it. Sound proofing is added behind the door of the studio, somebody is likely to call the cops. Tasha gets her in the stocks, we film everything. You can see the terror in her face as the reality sets in while Tasha straps her in. Joey loses it just when Tasha is tying her toes, what the hell is she going to do when Tasha lets loose tickling hell? Tasha does just that, Joey is frantic, desperate for it to stop. But its just not her feet that are deathly ticklish, she is ticklish absolutely everywhere. Joey begs, curses, cries, nothing makes the tickling stop. She is here for two videos, so Tasha agrees to let her go after Joey gets extremely upset and cries, but she must do a few minutes in the Rack Immobilizer. It is way too much, Joey pleads to no avail so she resorts to saying that she will call her father to come and kick our asses. Next she says she wants to call the cops. Tasha tells that since she is going to call the police, the ticklling wont stop until she agrees not to. After we do a quick post tickle interview, naturally Joey is very upset and swears to never come here again. This is by far the cruelest and most brutal tickling ever!